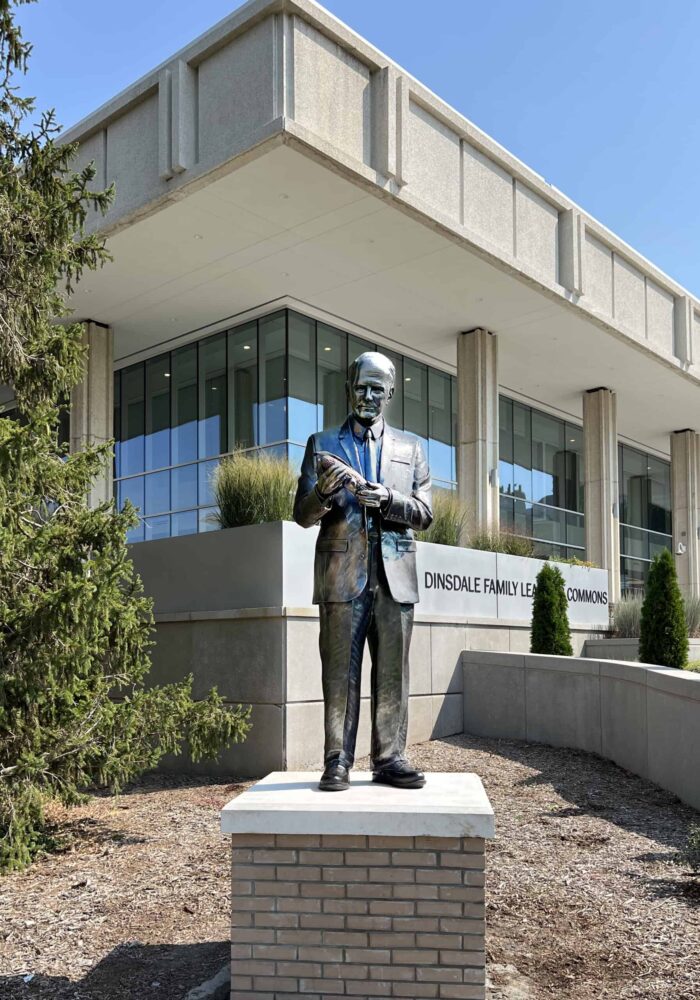 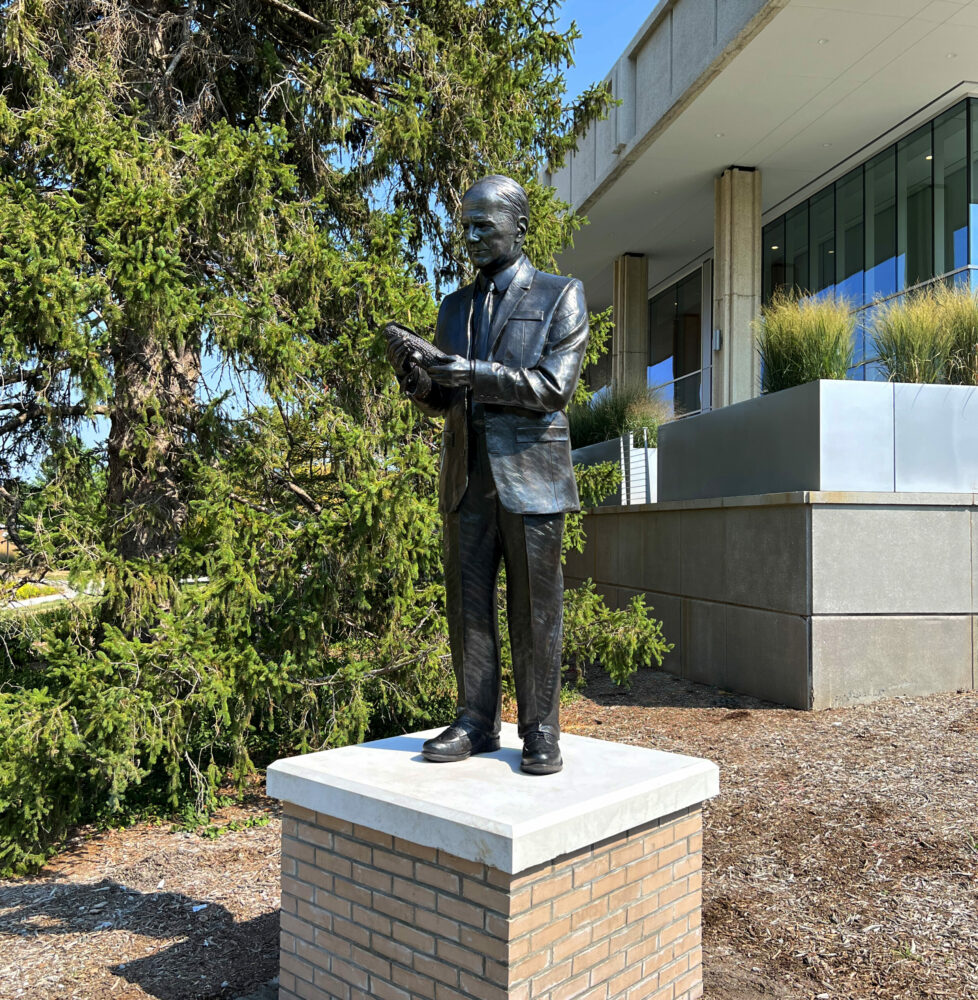 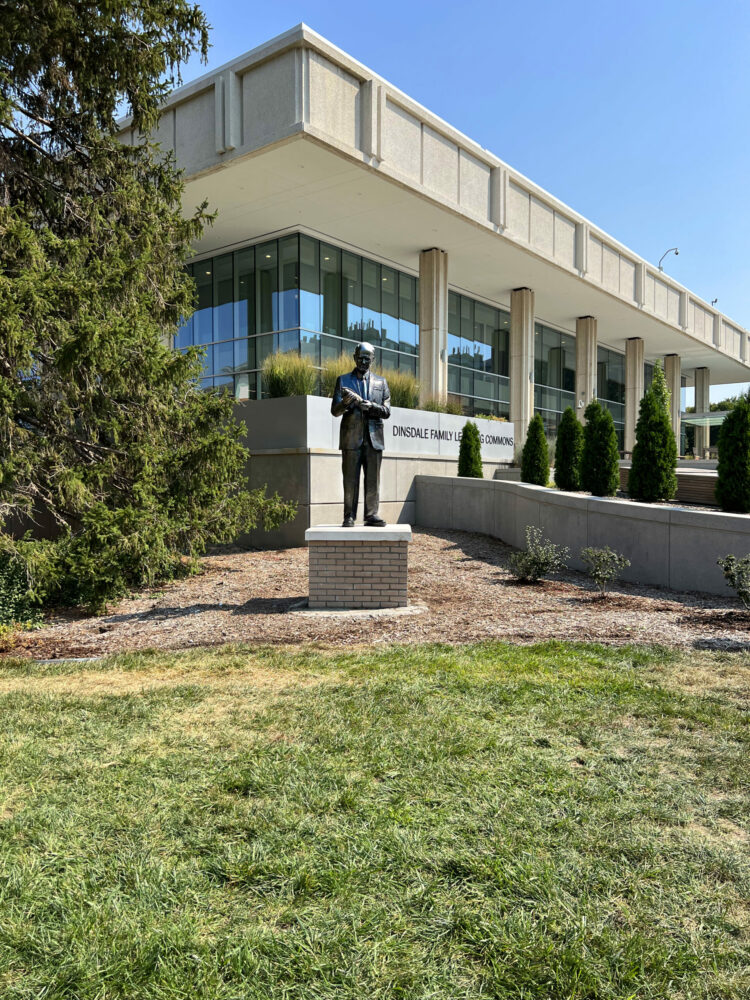 George Wells Beadle, was born in Wahoo, Nebraska. His father was a farmer and had a 40-acre farm just outside Wahoo. Beadle graduated from the University of Nebraska College of Agriculture with a science degree in 1926, and stayed an extra year to finish a master’s degree. While working on his master’s degree in the ecology of grasses, Beadle became interested in genetics. He applied to graduate school at Cornell University and, in 1927, joined R. A. Emerson’s group to work on corn genetics. Emerson’s group included Barbara McClintock who later helped Beadle figure out the chromosome number of Neurospora. After retirement in 1969, Beadle took up the research again to try and determine the origin of maize.

BACK TO SECRETARY SCULPTURES